The material world provides lush grasslands for the senses to graze happily. But, the ravenous soul finds nothing in the temporal existence to satiate its hunger. If there is one thing on this spoiled earth that the soul feels attracted to, it is inspired music. Yes! MUSIC is the food for the starving SOUL. ‘SOUL FILLING’ music is a rare kind of genre with very few entrants to contribute to. Donna De Lory, described as Mantra Melody Queen, is an exceptionally gifted talent in the world of music. Her heavenly voice is a priceless gift that she dedicates to producing redeeming music. She has released quite a few albums in the category of Mantra like “The Lover & the Beloved,” “Sanctuary,” and “The Unchanging,” to name a few. However, ‘Gone Beyond’ is certainly a masterpiece she has accomplished through sheer inspiration.

Donna De Lory is a multi-talented artist of rarity. She is a songwriter, singer, composer, multi-instrumentalist, and producer whose creations span over the genres like general music, devotionals, and pop music. Debuting as a solo artist in 1993, De Lory has today become a premier musician adored in the class of devotional and Yoga music. ‘Gone Beyond‘ is her latest composition and the 17th solo album she has accomplished to date. While producing music from her heart, De Lory is heading towards reaching the highest standards of musical artistry.

An album of meditative tranquility

Released on September 10, 2021, Gone Beyond is a musical album of meditative tranquility. In several ways, this magical composition is a novel kind of experiment that will want you to crave more and more while getting absorbed into it. Especially, this opera has taken the Yoga Music Community into rapture. A perfect companion for guided meditation, this album makes it easy to contemplate and escape into the vistas of your own deeper self.

Narrating the objective in composing this unique music, Donna De Lory says, “I wanted to make a record that would be good for so many different experiences. . . Yoga class, standing on top of a mountain, sacred ceremonies, healing….” Yes, this album can gift a fitting background to any of these ventures and much more.

The regular convention in music is to give instrumental backing to the artist’s voice. In ‘Gone Beyond‘, the author has majorly invested in her voice for all the desired special effects and backgrounds, jettisoning the regular practices and usual apparatus that anyone would use for composing. The most unique kind of composing style has incorporated several layers of the artist’s voice to evolve a rich main course.

In facilitating a better understanding of what she has delivered in this album, Donna De Lory says, “It was just stream of consciousness. I wanted something textural. I was just hearing whatever notes came to me and creating different chords with my voice. I went in every day and put on more and more vocals. I enjoyed laying down some vocals when I was in a certain mood or my voice was in a certain place. And I came in another time and laid down more. My vocals have different sounds to them because it was done over a period of time.”

The effect she has been able to achieve with her novel strategy is something gorgeous and unimaginably wonderful. These tracks have come out like a choir rendered by a single person ably enhanced by the serene tunes of harmonium and piano. Joseph Arthur is the only other vocalist contributing to the album. Some commendable talents that have collaborated with her in producing this album are bassist Tony Levin, percussionist Jerry Marotta, cellist Jami Sieber, guitarists James Harrah, Gerry Leonard, and Greg Leisz, and mixmaster Kevin Killen.

What the author says about the album

The tracks of ‘Gone Beyond’ have amalgamated some sacred mantras and soul-stirring lyrical tunes. The album is constructed with layered vocals, which the artist describes as, “I always have these mantras coming to me that I felt inspired to sing.”

The Buddhist mantra “Gate Gate Paragate Parasamgate Bodhi Soha” can be translated as “Gone Beyond to a Further Shore”, which has inspired the title of the album ‘Gone Beyond’.

The concept used as the watchword in this composition is ‘TRANSCENDENCE’ or journeying from Untruth to Truth, Delusion to Enlightenment, and a Perishable state to Immortality. This concept can be best explained with the use of boat imagery leading the voyager from the coast of sorrow to a state of eternal bliss.

While describing the album’s concept at length, Donna says, “I love the imagery of that boat ride which takes you to the other side of consciousness, to enlightenment. And I thought, music is that boat ride. I can always put music on and feel joy, peace, and ultimate gratitude for this life. Making this album was ultimately healing for me, and I hope it’s healing for other people too.”

What to take with you

The artist has delivered in this album something that can embrace several life situations and experiences. In facilitating a meditative focus, these tracks can help you live those best moments in a more meaningful and purposeful way.

And the last word from me! If you would listen to these tracks without the preparation it calls for, you are sure to miss out on the bountiful treasure it has got to give you. To get the best from the album, find a quiet place, a still environment, and a free mind. If you are willing to give yourself entirely to this mesmerizing composition, it is sure to take you beyond time and space into the realms of spiritual existence, breaking the barriers for your soul’s ethereal voyage. 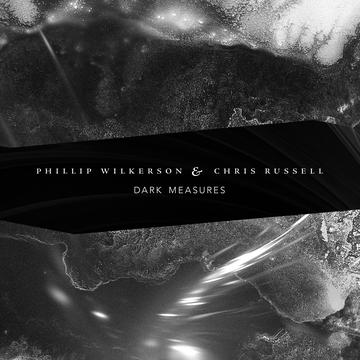