Kori Linae Carothers’ saga of her musical quest to share her soul stemmed from her childhood. Ever since Kori can remember, music has always painted imagery in her mind. She was always listening to something on the record player in her home in Minnesota and Texas. Her favorites were Herb Alpert and the Tijuana Brass Band as well as many of her classical favorites. ” I remember when I was little, and sitting next to the record player putting my head down to the speakers to hear everything going on”, says Kori. ” I was amazed at the varied instrumentation that brought the songs I loved so much together”. Kori also had a tape player with headphones ” I would fall asleep listening to John William’s “Star Wars Soundtrack”. She heard the Beatles on the radio and began to plunk out tunes on the piano and as she figured out the songs without any musical knowledge, she knew that she wanted to play the piano right then. She took piano lessons, listened to many varied artists and at age 14 began to compose music.

Her parents did not know what to do with her talents. At 16, Kori found a small recording studio in Texas and recorded two songs. ” I loved doing that so much, I just knew this was something I had and wanted to do!” says Kori regarding her experience.

At 18, Kori moved to Idaho to go to college and was classically trained. Eventually she had to return back to Texas. She worked and continued to compose her music. She ended up moving to San Diego, California. Kori met her husband and they married in 1991. She gave up her dreams of becoming a performer in order to raise a family, but took piano lessons through the Associated Board Of The Royal Schools of Music. “My teacher, Mrs. Jensen told me I was concert pianist material and told me that I could achieve my dream!” With that knowledge she continued to work on her technique and theory skills.

In 2003, Kori was encouraged by her husband to continue to compose and actually release her music through the internet. “I remember when my husband took me to see Yanni, he asked me if I was interested in returning to my music. I laughed and asked him if this was a trick question! He told me that I should get a keyboard. I told him that if I do get a keyboard it was NOT going to be a little tiny keyboard, I was going for the full-sized Korg.” Kori’s old musical flame re-surfaced and she released her first album in 2004,”The Road Less Traveled.”

In 2005, she released her second recording “The Journey”. A blend of synthesized and organic instrumentation. Bill Binkleman of Wind and Wire comments: “On her second album, pianist/keyboardist Kori Linae Carothers paints on a more dramatic canvas than on her debut CD, layering synths (mostly strings, chorals and washes) underneath her passionate piano melodies.”

Kori hears music in her head all the time. She composes her music when she feels like expressing herself. “Many people ask me all the time if I plan and write out my compositions” says Kori. “But I don’t do that. Technically, I am not great at notation. When I feel like I need to say something musically, I sit down and work out a melody and record everything I do.” 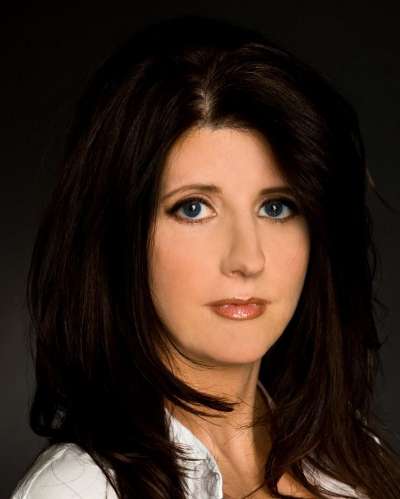 Kori is working on her third album, “Trillium”, slated for release in 2009. “I plan on releasing each song digitally, so that the fans of my music will get excited about the whole project, once I do that, I will release the recording as a physical CD. I really like doing my own thing. I don’t like to listen to people telling me HOW I should sound like so and so. I just compose what I want my music to be like and that’s what is inside of me dying to get out!

We had an email interview with Kori.

Q1. Tell us how as a child, you grew up liking music?

As a child, my parents were always playing music from “South Pacific” to the Boston Pops.  My oldest sister listened to everything from Lynnard Skynnard, to the Beatles to Cream… everything. I loved music so much it always has been a part of me.

Q2. Talking about picking up flute as your favorite instrument, what was the main point that you picked it?

I started playing the regular concert flutes when I was a child. I stopped playing to focus on the piano.  As I got older, I bought some Native American Flutes. I really liked the sound of the wood flutes better than the metal ones.  The tones of wood flutes are more expressive in my humble opinion.  So I chose to continue to buy Native American Flutes.  There is a spirit in them that I really like.

I was classically trained as a child.  All of my teachers were classical nuts, and I learned my technique with their training.  I of course didn’t like to practice piano everyday.  I complained a lot, but glad I stuck with it.

Q4. When it comes to composing music, a lot of inspiration is required. What do you think inspires you most when you compose your songs?

Stories, people, and experiences inspire my compositions.  I am dramatic enough that that is how I express myself is through music.

Q5. How do you like the idea of experimentation while creating music?

I experiment all the time with sounds, rhythms. I love to experiment when composing. It opens me up creatively.

I love the studio.. because there is such a level of inspiration there.  With all the musicians that come in the studio.. I tend to create and work hardest there.  Performing live is pretty cool too. When I perform with other musicians, the camaraderie with each one is a unique and fulfilling experience. 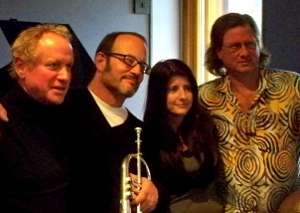 Q7. Tell us about your collaborations with other musicians? Do you feel it has influenced your music at personal level?

Working with Will Ackerman, Jeff Silverman, Scarlet Rivera, Jeff Oster, Tom Shinness and others really brought a different dimension to how I write now.. and I really feel a closeness to all that contributed to my album “Trillium”.  Yes, I feel that each musician that has worked with me, has touched me on such a personal level that my music has not been the same since!

Q8. How satisfying has been the journey as a musician? How do you feel music helps in balancing the mind and being concentrated about the task at hand?

I wish I could have been working as a musician full time when I was younger. However, I feel that now was the right time for me to have released my music, and to be here at this time is the right time in my life. Much of what I go through can be relatively painful.. we learn we grow.  A friend of mine coined ” Growing Forward” instead of “Going Forward”.  That is true, the music allows me to Grow Forward and I love that.

Q9. Do you feel you could have picked up something else if it was not music?

I always thought working in the outdoors would be fun, like a Forest Ranger.

Music is an expression of our inner selves.  There are so many people out there that are composers or they love to promote music… and I think that is because Music is such an innate part of who we are.  My music expresses to those that listen that they are not alone.