Art is contagious in all its forms–more often than not, one form of art inspires the other, and continues to effuse springs of diffirent colors and textures. The result is a beautiful rainbow of expressions embodying the feelings and emotions of the artists. This is how I believe our world came into existence–different elements of nature got inspired from one another and created themselves.

Well, you don’t have to tread the path of meta-physics or astronomy or bury yourself in the lenghty discoveries made by evolutionists. Inspiration happens every second–you just need to be ready for it.

We bring you an artist who began her journey as a musician interpreting paintings. A candle was lit and it kept on shining brightly while spreading light of joy and happiness. She just released her new album, Origin. 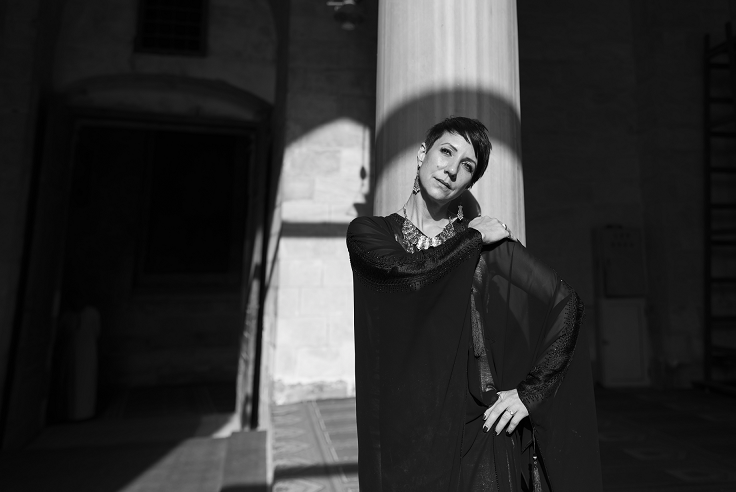 We did and e-interview with Elise Lebec.

Q1. Tell us how you picked Piano as your chosen instrument?

Ans. Well Vivek, I grew up in house with a piano and a couple guitars and a step-mother who sang like Billie Holiday! Piano was just part of the living room where we made music. I did, however, gravitate towards piano rather than guitar. I didn’t like the way the strings felt under my finger tips even though I love the guitar sound. To me piano was more of an elegant instrument something refined and smooth in sound and design. I really just love the power of it and how it vibrates the notes in the room around it. The piano is also one of the easier instruments to learn, and at that age I was teaching myself the notes and their relationship to each other so it was probably the more satisfying route for that.

Q2. What or who was the biggest impact on your music right from the beginning?

Ans. I would have to say that my first husband Nigel Portman-Lewis. He passed away over 15 years ago now but he was the very first person to hear my piano music and say “Wow, you just made that up, you should be performing, this is amazing!” Not only did he think it was amazing but he worked very hard to bring my music to the world until his death. I was very young at the time and didn’t really even understand what was going on. I didn’t know who I was yet. I was greatly inspired at that time by New Age musicians such as Andreas Vollenweider and Enya had just become popular. It was inspiring music that spoke to my soul. Before that I was greatly inspired and influenced by musicals and Disney films. I love soundtracks and play them more often than songs. I guess I’ve always been a lover of instrumentals, even though I am a singer. 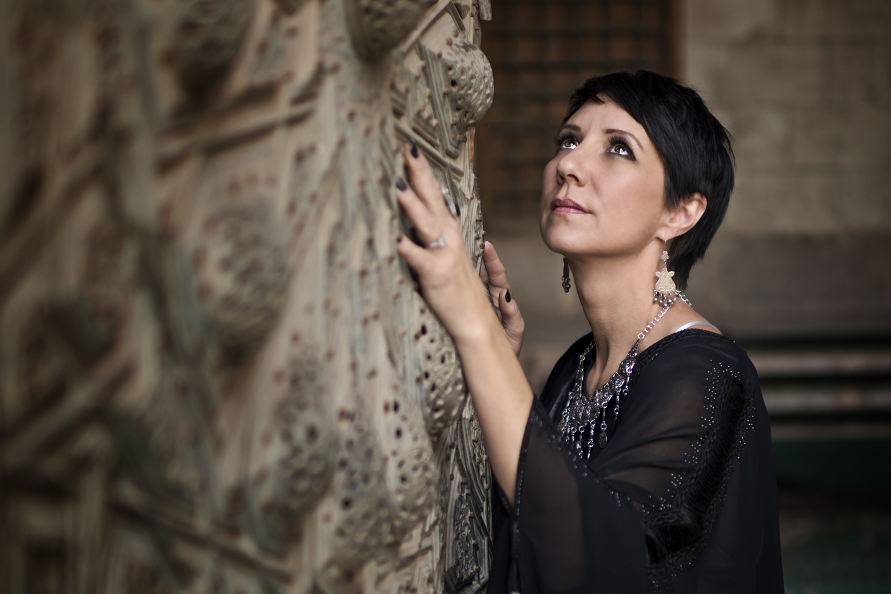 Q3. How do you feel inspired or drawn by something or somebody that makes you create new music?

Ans. I get inspired by people and circumstances that either need to be rearranged or infused with new light. I am a lightworker and my purpose here is to find the darkness and illuminate it. I was greatly inspired by the Muslim people of Egypt when I visited in 2016. They are a kind and loving culture with much passion for their faith, but also for other humans. They have a code of conduct that they follow and I enjoyed getting to know what that was. I was strickenby how the media portrays certain groups of people and religions in order to justify their own agenda. The reality of it is quite opposite. Being able to see the truth and show others what it is happens to be the most satisfying to me.

Q4. You have travelled a lot—how do you feel it opens up your perspective as a musician.

Ans. Traveling is the portal to understanding and knowledge. The only way to truly see other realities and dimensions is to travel. I have been traveling the world since I was 18. I’ve seen and lived with many different cultures. Traveling takes me out of my own head and into realms of different perspectives and has influenced all of my music to date. It is nourishing and difficult. It has ups and downs but the elations are heavenly.

Q5. Talk about your latest album ‘Origin’—how you got inspired for it.

Ans. I touched on this already, but to shed more light on the experience I would say that I was very intrigued with Egypt as a place of “Origin.” Egypt is third on the list of oldest and richest civilizations in the world. Almost everything we have and know come from this beginning. Finding this out and diving into this knowledge opened a whole new world for me. There have been quirky things that I never understood about myself before spending time in Egypt. There are many spiritual mysteries surrounding the culture there, and what used to exist. When I was visiting the first time I came across an energy that I had never felt before in my pursuit of enlightenment. It felt like ancient wisdom. I wanted to tap into it and absorb as much as I could, so I returned. What I heard was what became the music for the album. Each melody was a meditation. I listened and waited and the melodies came. Some of them even sound very old and classical, somewhat like folk music. That is what inspired me most…this process of letting the music come to me while being in Egypt.

Q6. Collaboration with other musicians from different genres, how do you feel it enriches your music?

Ans. Well, I’ve been a solo artist and I’ve been in bands. I like both, they each have wonderful creative advantages. Collaboration, however, helps you grow in a social way…with all the technology today, it’s easy to just sit in your home studio and make music for years. But it’s when you bring in another person – who has their own journey, musically -that things start to get interesting. I loved collaborating on this album with all 35 artists. Both in Arabic and English, we had a marvellous time decoding these melodies that came to me and enhancing them. I think the collaboration made the album a very special work of art. 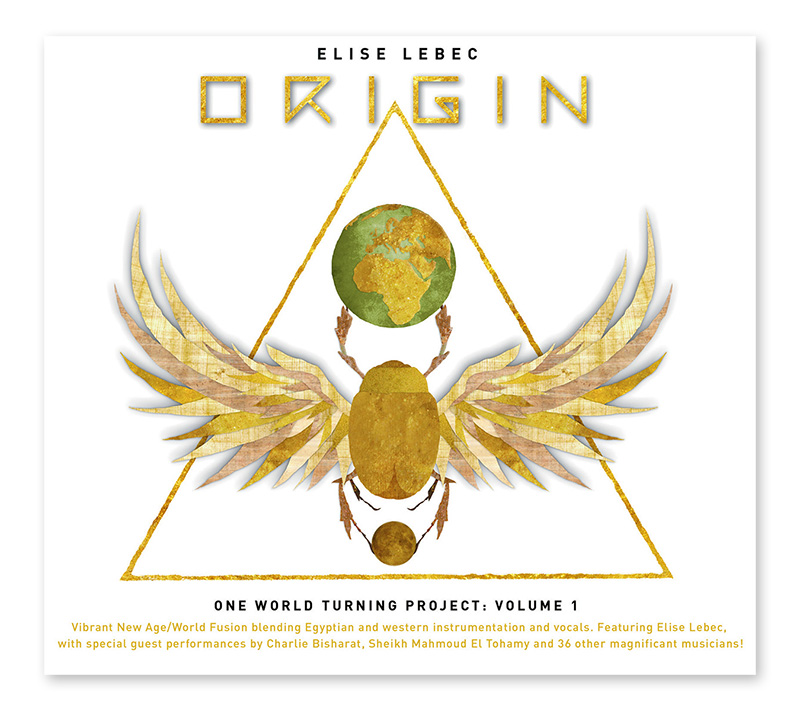 Q7. Will ‘Origin’ have more volumes in the future?

Ans. Yes this is just the beginning! They’ll be united as the One World Turning Project. There are other musical genres, even in Egypt, that are becoming extinct as we move more into the technological age. I would like to record more traditional sounding compositions next time with less of a western interpretation, so as to archive the music. Then we will see what’s next after that. Maybe Cuba!

Q8. What goal do you seek through your music—personal or/and all encompassing?

Ans. Through my music I have the goal to fully interpret the information being given to me through sound. I hope to leave this earth having left something beautiful and inspiring behind that will continue to enrich lives and remind humans of this wonderful gift of life.

Q9. What else do you like to do apart from music?

Ans. Apart from music, I love exercising and eating good food with good people. Life is for enjoying as well as working. I like to work hard to celebrate. I have two children who like to workout with me in the gym and go for runs and bike rides. I’m a pretty active person, so any kind of exploration is always on the list if I’m not in the studio.

Q10. A message for our readers and aspiring musicians.

Ans. No matter how strange or silly your dreams may seem, pursue them! They are your path and destiny and if you don’t follow them you will waste a lot of time. Following your destiny does not mean it will be easy. It does mean you will feel fulfilled by doing it. The reward is being able to sleep at night knowing you are where you should be.