Jamie Willard is a guitar virtuoso, whose technical expertise and accomplishments are so pronounced that simply seeing him play bedazzles and mesmerizes. When his fingers run across the strings of his instrument there is awakened deep within the listener an indefinable sensation that can only be explained as a spiritual phenomenon.

A musician and performer for more than thirty years, his music has continuously evolved until it has become an ethereal rendition of beauty and a pure distillation of grace. His compositions are variously described as intricately detailed, a pleasure not only to listen to but to see”. Though strongly inspired by his spirituality, his works are universally appreciated for their profundity and emotional complexity. Broadly appealing, for example, to those who desire something of a genuinely spiritual nature, business men who struggle with the stress of their nine to five jobs, children suffering with autism, and retired veterans whose ears have been too long polluted with the noise of combat, Jamie’s work acts like a calming agent that relaxes the mind and imbues it with vivid impressions of joy and sorrow.

Recently, Jamie was offered an opportunity to play for finger-style guitarist, Tommy Emmanuel, at a workshop. Upon hearing Jamie play he said, “That’s brilliant,” and praised Jamie as a gifted guitarist with a wonderful sense of melody. Jamie’s good fortune blessed him with tremendously talented teachers throughout his career. A graduate of the Flip Hayes School of Guitar, Jamie was also fortunate enough to study with classical master, Paul Sweeny. Jamie’s performances have taken him across the continental United States and into Europe where he performed for receptive audiences in Russia. Closer to home Jamie has done both session guitar work and live performances for countless artists and groups. He has “opened up” for such artists as Diamond Rio, Toby Keith, Martina McBride and a host of others – most recently, Michael Manring at Godfrey Daniels in March 2010.

Over the years, Jamie’s artistry has spanned genres from Classical, Jazz, Country, and Rock; each uniquely characterized by its own passion and raw sophistication combined with Jamie’s style and wit. Though he has played within a broad range of genres, presently, Jamie is immersed in the world of finger-style guitar, reserving enough time to practice with his band, Symple Measures. 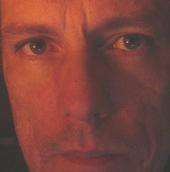 Jamie’s compositions, his techniques and his passion create some of the most beautiful, detailed and just plain fun guitar music you may ever hear. Please listen, watch, and become enveloped in the inspirational work of Jamie Willard.

We had an email interview with Jamie.

Q1. Welcome to our online interview. Tell us something about your childhood and how you got attracted to music?

My childhood was rather normal, my mom was an artist which now looking back, was probably the seed of creativity. I always had an interest in music and actually started playing organ before guitar.

Q2. How you picked up guitar as your instrument?

I became enchanted with classical guitar after hearing Andres Segovia as a teenager and received my first guitar as a Christmas present shortly afterward.

Q3. Tell us about your tutelage and training times—how you liked practicing music?

I was very fortunate to have have two excellent private teachers in my younger days. Phillip (Flip) Hayes for music theory, Jazz and many other facets of the guitar and music in general and classical master Paul Sweeny for technique. I spent 6 to 8 hours a day practicing and still do some 30 years later.

Q4. Given that guitars are now part of almost every music genre world-over, what do you feel makes it so endearing to audience from different backgrounds?

Of all the instruments (excluding voice) it seems that guitar is the most popular of them all. It lends itself to just about all styles of music and is one of the easier instruments to start on. I also feel that the guitar has some type of social mystique attached to it.

Q5. Talking about your music, how do you feel it influences the listener and you as a person?

Ideally music should reach the listener on an emotional level. Everything from joy, sorrow and even anger I’d include in that. It really depend on how the performer is able to communicate his or her feeling to the audience. 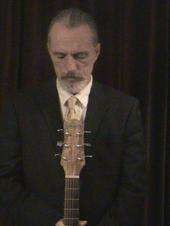 Q6. What do you feel is the most crucial thing for a guitarist? –physical stamina, concentration of mind, long years of practice, creativity, etc?

Being a guitarist for over 30 years, there are many factors that are important. Technique, creativity, the ability to express emotion. Concentration is very important. Guitar like other instruments boils down to learned motor skills that must be repeated until they become second nature, but I’ve found that once that has been achieved it becomes time to play and not become wrapped up in technique.

Q7. Have you collaborated with other artists? How has been the experience and how it enriches your own music?

I haven’t much collaboration, a bit here and there and have always found it to be rewarding and enlightening. I don’t believe that any two people hear the exact same thing when it comes to a piece of music, interpretation is everything.

Q8. Do you feel music has wider approach than other means—it can reach beyond geographical boundaries and bring people closer?

I absolutely believe that music is a universal language that can bridge social, cultural and racial gaps if it comes from the heart and soul. It has an immense potential for healing.

Q10. Tell us about your hobbies and what else you like to do?

Outside of music my interests include astronomy, physics and really bad science fiction preferably from the 1950’s and 60’s

Q11. Talking about music as a career, how do you feel has been the journey for you? What are essential things that a new musician should take care of while pursuing music as a profession?

Music as a career, I’ll be honest. It’s very difficult and talent more often than not has no bearing on ones success. There is a lot of competition and frustration that all players will experience, but the rewards greatly out weigh all of that if you truly love what you do.

Q12. Any message that you would like to convey to young guitarists and our readers?

My message to your readers would be this. If music is what you truly love and want to pursue, then work hard and never give up. There are no shortcuts and an incredible amount of practice, repetition and discipline is required. A word of advice, when you practice find a place that you will bother no one and no one will bother you.