Nancy Tyler is a flutist who lives and teaches privately in Santa Rosa, California. Nancy has performed with the Bay Area Chamber Symphony, at the 2008 World Flute Fest at Carnegie Hall, the 2009 Bach and Beyond Concert at Lincoln Center, Yoshi’s Oakland, the Berkeley Piano Club and Freight and Salvage in Berkeley.

We had an email interview with Nancy. 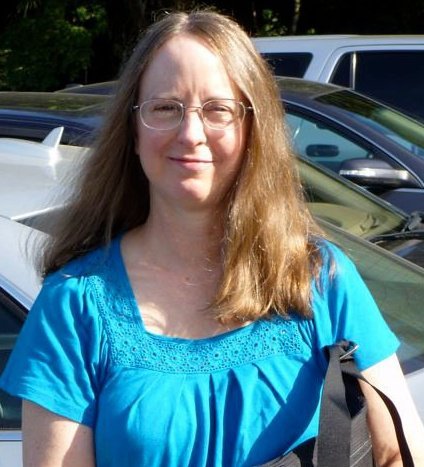 Q1. Tell us something about your childhood. How you grew up liking music?

My mother taught piano and had studied music in college.  My grandfather was a drummer and used to sit in with Dixieland bands. When I was four I asked my mother to give me piano lessons.  My grandfather liked to get out the washboards, cowbells, etc. and we would drum along with records.

Q2. What was the main factor that made you choose the silver flute as your instrument?

Q3. Tell us something about your training—how and where you learnt music?

I began taking flute lessons when I began playing in the band at school in the fourth grade.  I also went to music camps in the summer.  I studied with Paul Renzi of the San Francisco Symphony while obtaining my Bachelor of Music Degree from San Francisco State University.

Q4. Talking about being a professional musician and running a family, how do you manage both the jobs?

Previously, music has only been a part time profession for me as I had a day job.  As of last October I have been able to spend more time on music.  My husband has always been supportive of my music.

Q5. How important is it for a musician to keep collaborating with other musicians to enrich his/her own repertoire?

Collaborating with other musicians is very important for a flutist because we can only play one note at a time, which is OK for awhile, but eventually gets a little boring.  I think that some other musicians such as pianists, harpists, or guitarists might be more self-sufficient.

Q6. Tell us about your collaborations and how you felt playing with different artists.

The last several years have been very exciting for me musically, because of the many great musicians that I have met through my friend flutist and composer Carol Alban, whom I have known since college.  For instance, I have had the opportunity to play with guitarist Bert Lams of the California Guitar Trio (as well as the California Guitar Trio one time), and with Bert’s duo partner Tom Griesgraber who plays Chapman stick.  I have also had the opportunity to play with jazz pianist Matt Herskowitz and his Trio.  I have learned a lot playing with these, and the many other great musicians I have worked with.

Q7. What has been the most satisfying moment of your music career?

I was trained as a classical musician, and had done little improvisation. Musicians I have worked with who improvise, such as Carol Alban, Native American flutist Ann Licater, and jazz pianist Matt Herskowitz, have coaxed me into trying it, and I now spend as much time doing that as I do reading music.

At a house concert, Bert Lams and Tom Griesgraber let me improvise on the California Guitar Trio piece Punta Patri, which was a very happy moment for me.

Q8. How do you feel music has a different and special effect on your personality? Do you feel it helps in bringing more control and balance?

I feel that music makes my life more exciting.  The discipline of practice brings control and balance, but performance is often more about spontaneity.

Q9. Given a chance, what else you would like to do in life—right from music and anything else?

Q10. What are some most important things for a flutist who is looking to make a career in music?

Although it is difficult for flutists to get hired in orchestras due to the small number of flutists used in an orchestra, I know of many flutists who have been able to make a career in music by combining teaching with performance jobs.

Q11. Any message for our readers and young flutists?

If you enjoy playing music, keep doing it, whether or not it becomes your career.