Although he played in traditional western rock bands for many years, Rich has always leaned towards the deconstruction of traditional forms. He has studied non-western music such as Indonesian Gamelan, Indian Ragas, and African drumming and counts these along with ambient artists, The Orb and The Future Sound of London as well as the legendary Hearts of Space radio show as some of his strongest influences.

In 2008, Rich began composing and recording his own ambient electronic music, using an amazing piece of software called Ableton Live. Live’s non-linear approach to music composition opened up a world of creative possibilities that led to the first Atomic Skunk creations. In early 2009, Rich released his first eight compositions as Atomic Skunk for his debut album, Binary Scenes.

In early 2010, Rich released the follow-up to Binary Scenes, a flowing, cinematic, gapless album entitled Portal. Portal features seven fresh, original tracks as well as a uniquely beautiful cover version of The Grateful Dead classic, “China Doll.” After selling out within weeks of its release, a second run of Portal Digipak CDs featuring all original artwork by Polish artist Michal Karcz will be available later this Fall. Check the Atomic Skunk website for details”. 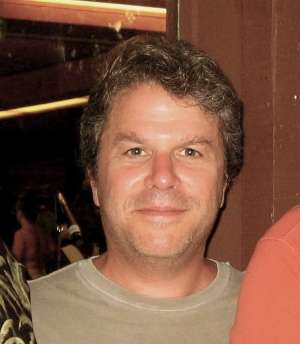 We had an email interview with Rich.

Q1. Going back to your childhood, share how you got attracted to music?

My earliest exposure to music came through some of the Disney soundtrack records I had as a kid. Peter Pan, Snow White and in particular, Jungle Book. The overture to the Jungle Book soundtrack has a very exotic, mysterious quality to it that really captured my imagination and drew me in. I don’t think that ever left me.

Q2. Did you take training for music? How was the experience?

As a teenager, I took guitar lessons for about a year and then decided to give it a go on my own. Later in college, I studied and played Javanese Gamelan and took some classes in Indian music.

For me personally, I feel that training and study can only get you so far and at some point can even get in the way of the creative flow. But at the same time, having the knowledge and the wisdom/intuition to know when to use what you’ve studied and learned as opposed to what you feel is really the key. Actually it’s probably more about using what you’ve learned to support your creativity without being constrained by it.

Q3. How it came that you picked up guitar as your instrument?

In the 1970’s, I became a huge fan of a lot of the classic rock bands of the day, which were all very guitar driven, Led Zeppelin, The Who, Jimi Hendrix, Pink Floyd etc. So it was a natural impulse for me to want to become some combination of Jimmy Page, Pete Townshend and Jimi Hendrix.

Q4. Keeping your passion of music while working on web technology, how you keep both sides of your personality going on?

Well, I guess I’m fortunate enough that my work revolves around the computer/digital/online universe and that the creation, production, marketing and sales of my music exists in the same realm. So that’s a big plus, although they do involve different parts of my brain. It’s all a matter of keeping a balance between the analytical and the creative, business and music, work and play 🙂

Q5. Do you like collaborating with other musicians? Do you feel it increases your own repertoire in music?

I played in numerous bands throughout the 1980’s and 1990’s and collaboration with other musicians is an inherent part of that experience. Particularly collaboration on an improvisational level, although I enjoy collaborating on the arrangement of songs as well.

I haven’t done any collaborating with my electronic project, Atomic Skunk yet. So far, it’s been all me 🙂 On the one hand, it’s incredibly empowering and liberating, but on the other hand I do miss the give and take of of creating music with others. 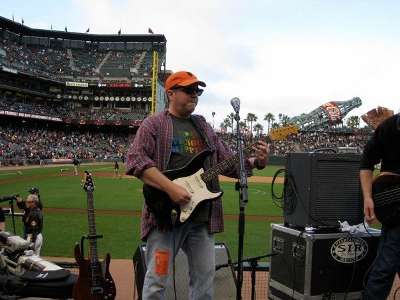 Q6. Do you feel the computers have given a lot of support to music—through instruments, reaching out to more people through internet, and lots of other software, etc?

I couldn’t do what I do without computers. Every aspect of what I do from composition, arrangement, production, mixing and mastering all the way through marketing and public relations takes place in the digital realm. In addition, I use social media and Web 2.0 to reach out to and stay engaged with my fans.

Q7. How do you feel music has helped you as a person and helps you in keeping your mind in a controlled state? Do you feel it has something particularly related to your personality in life?

Jack Kerouac once said “The only truth is music.” The creation and performance of music for me is an expression of the divine spirit through me. Through the creation of music, I hope to bring into being something beautiful and magical from the unmanifested. When I’m writing or performing music, my mind takes a back seat. I try to stay out of my own way and allow magic to happen. Music, Magic, Love, God and Truth are inseparable to me.

Q8. Apart from music and your business, what else keeps you occupied?

My family keeps me plenty busy. I have a beautiful wife, two children and a dog who occupy most of my time. It’s only after everyone’s asleep that I can really find the time and freedom to make music these days.

Q9. Would you like to tell us about your instruments and other tools!

My first album, Binary Scenes was created entirely on a Mac Powerbook laptop. After that I bought an 8-Core Mac Pro on which I run Ableton Live. I use Live for the entire composition and production process, except for the Mastering, which I hand off to someone else who knows what they’re doing on that end of things.

I use only software synths, relying heavily on the Spectrasonics instruments, Omnisphere, Trillian and Stylus RMX, as well as Native Instruments plugins (Reaktor, Absynth, Kontakt) and some plugins I like from Camel Audio (Camelspace, Alchemy).

In terms of hardware, I use a Brian Moore MIDI iGuitar for the most part which I run through a Roland GI-20 and then into my Mac. I also use an M-Audio O2 keyboard and Triggerfinger, as well as a Behringer BCR2000 MIDI COntroller, along with Native Instruments’ Kore Controller. For monitors, I have a pair of KRK RP 8s which I love.

Q10. Share a message with our readers, music enthusiasts and budding guitarists. If you would like to say something as an entrepreneur, please share your message.